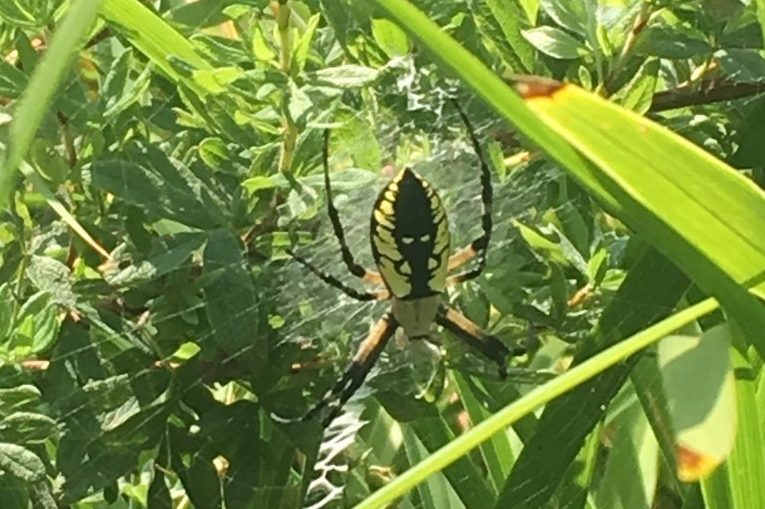 Have you seen one of these around your garden recently? -Say hello to the Yellow Garden Spider! 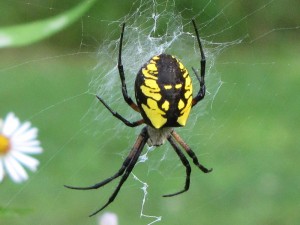 These spiders are one of the largest species of the orb weaver family, and can be found building their webs near open fields, tall vegetation or outdoor buildings. It is common for the female spiders to stay in one location for much of her lifetime. Yellow garden spiders are found throughout:

The yellow garden spider is an annual spices, meaning they don’t survive through the winter. The male spiders mature in July-August and the females mature between August-October, and are typically 4x bigger than the males. The male spiders will spend most of their life searching for a female to mate with, and will sometimes build its web near, or on, a female’s web. The male spiders die off shortly after mating, and some experts believe that mating induces their death and other sources say that the male spiders die of starvation and exhaustion, due to mating.
In late summer, after mating, the mature female will produce an egg sac containing 400-1,200 spiderlings. The spiderlings will hatch and overwinter inside the protective and insulated sac, emerging in the spring to complete their cycle of life. 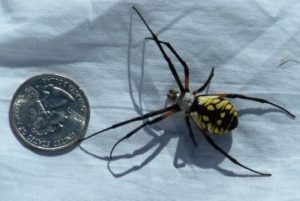 Fun Fact: The Argiope aurantia (Yellow Garden Spider) takes almost all of its potty breaks at night, and often leaves its web to do so!