An Analysis of Past Ontario Winters: What Can We Expect This Year?

Every winter season people will ask, “What’s this winter going to be like”?
Even those of us who work in the Snow & Ice Management industry want to know what we can expect weather-wise over the next five months. Long-term seasonal projections can offer only a general guideline, with very little real practical information; “colder than usual”, or “slightly wetter”, for instance, but no real details or specific answers.
It is left to a careful statistical analysis of past winter seasons to provide a better understanding of what our “typical” winters have been like over the past “X” number of years; and use that information to offer up a glimmer of expectations for the season ahead.
So what do the numbers actually show us? 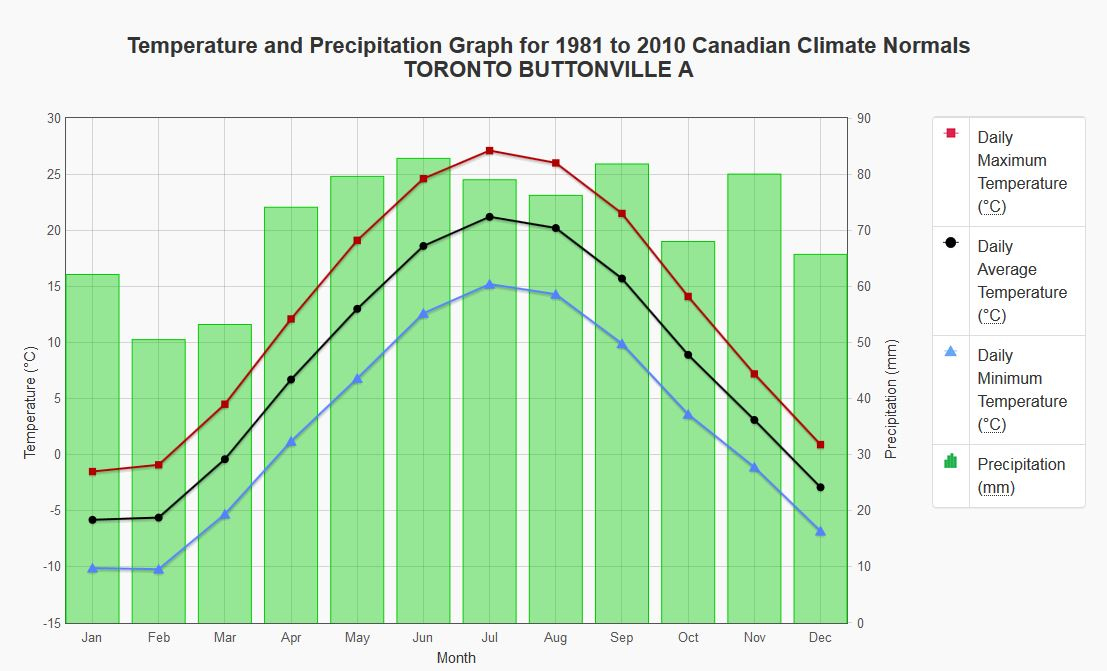 The Environment Canada graph above provides 30 years of accumulated data for average monthly temperatures, as well as daily highs and lows, and precipitation totals. Obviously, our focus is on the “winter months”, November through April.
In this graph, precipitation also includes rainfall, which can historically occur during any winter month. As expected, January & February are our coldest months, averaging about -5º c, with December close behind at -3º c.
But what about the all-important snowfall totals? The same data set was also refined to determine the “snowiest” winter months in the table below:

Again, we see the same three months way ahead in the snowfall total category, with December’s total of 34.2 cm falling between January’s 38.9 cm and February’s 29.9 cm. Of note is the annual (or “winter seasonal”) average of 142.6 cm of total snowfall.
This gives us a pretty good starting point for understanding what we can expect for most winters. Now let’s examine some more recent monthly winter data.
Once again, we have used Environment Canada statistics to provide the data in the following table: 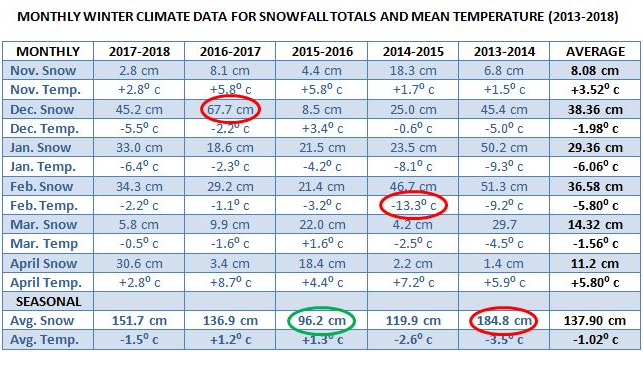