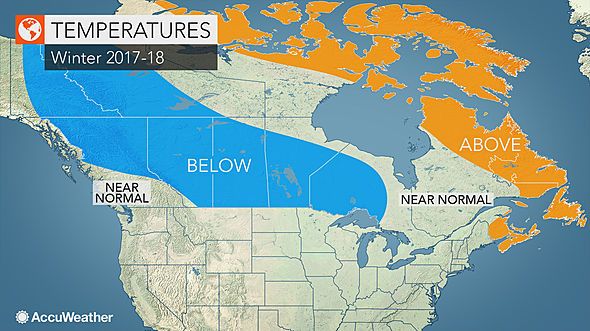 El Niño and La Niña are complex weather patterns resulting from variations in ocean temperatures in the Equatorial Pacific. Together, they are called ENSO (pronounced “en-so”), which is short for El Niño-Southern Oscillation. El Niño and La Niña are opposite phases of a natural climate pattern and swing back and forth every 3-7 years with their ‘episodes’ typically lasting 9-12 months.
Scientists can often predict the onset of El Niño and La Niña several months to a year in advance, thanks to modern climate models (such as those used by NOAA’s National Centers for Environmental Prediction) and observation data from the Tropical Pacific Observing System.

La Nina
La Niña is sometimes referred to as the cold phase of ENSO and El Niño as the warm phase of ENSO. These deviations from normal surface temperatures can have large-scale impacts not only on ocean processes, but also on global weather and climate.
La Niña (Spanish for ‘the little girl’) means the appearance of cooler-than-normal waters in the eastern and central Pacific Ocean.
The resulting changes in the subtropical jet stream entering North America contributes to large departures in the location and strength of storm paths.
In Canada, climatic anomalies during the winter months caused by La Niña result in:

Winter 2017-2018 Predictions
Last year, in Southern Ontario, we saw a warmer-than-normal winter with an average amount of snow. One thing that stood out, to us at MPS, were the exaggerated swings in temperature. These freeze-thaw cycles didn’t allow snow to accumulate like a normal winter and also caused multiple freezing rain events.

For winter 2017-2018, scientists are predicting weak La Niña conditions in the equatorial pacific. Therefore, we can anticipate a more mild winter than originally predicted, since the polar jet stream is more likely to continue in a normal pattern across northern Canada.

If La Niña conditions strengthen, then Ontario can expect colder temperatures brought down from the arctic by the polar jet stream. The images below show what Canada’s winter forecast could look like if we receive a typical La Niña winter. These weather patterns can create cloudier winter conditions and promote significant lake-effect snowfall events. 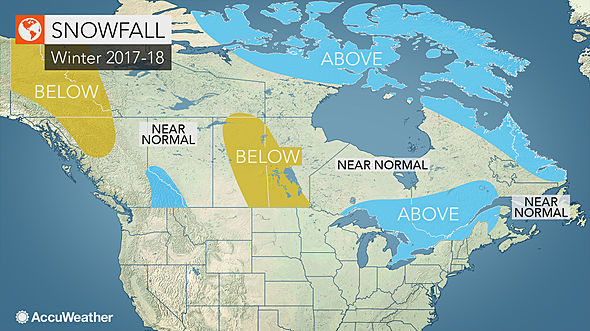 Although scientists and meteorologists like to estimate and predict the seasonal weather conditions, no one really knows for certain what Mother Nature will throw at us!
Winter 2017-2018, MPS is ready for ya!
– Jenna Monk